Hawthorne lived through the first temperance movement, which may have had some influence on The Scarlet Letter. 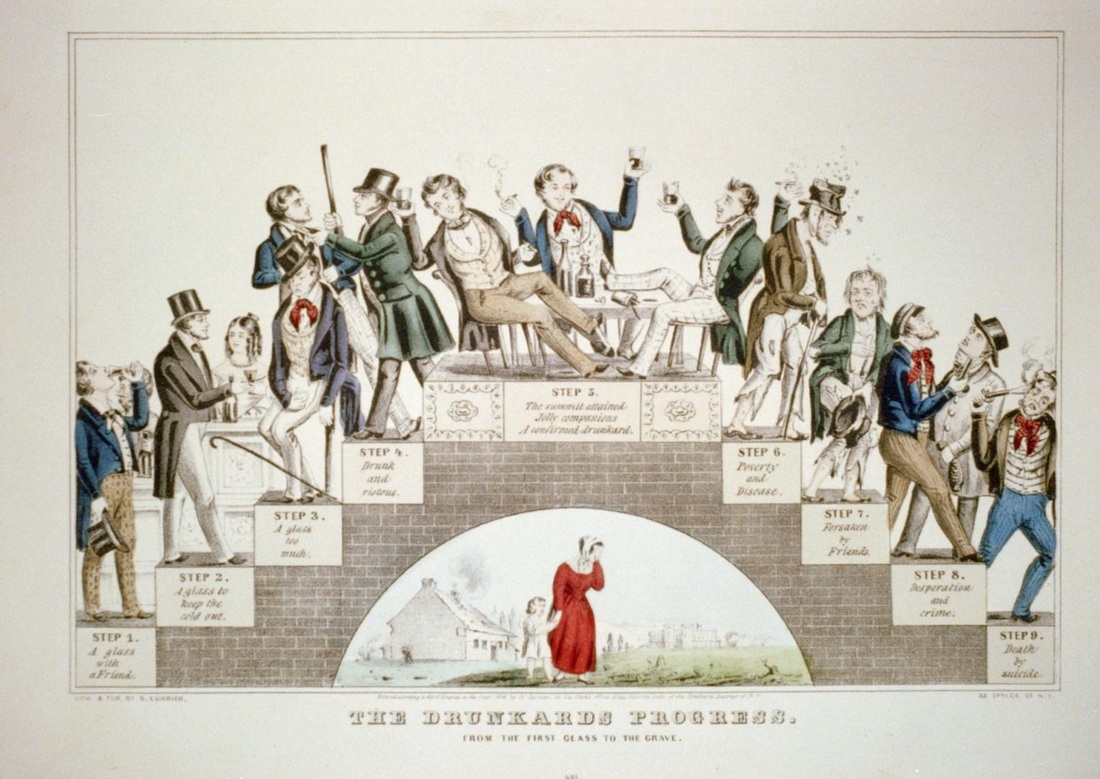 A combination of factors, including availability and industrialization, led to the increase of alcohol consumption in the beginning of the nineteenth century. The catalyst for the temperance movement was Benjamin Rush's 1784 tract, An Inquiry Into the Effects of Ardent Spirits Upon the Human Body and Mind, which determined excessive alcohol use detrimental to physical and psychological health. Over the next decade or so, temperance groups popped up in about ten states.

These groups pushed for bans on creation and consumption of certain alcohols, beginning with whiskey. Some, more vocal, members of the groups went and lectured people about the dangers of over-using alcohol. One minister who was known for lecturing against alcohol helped to found The American Temperance Society, in 1825. The ATS grew rapidly, and within a few years had over one million members. By 1839, eighteen separate temperance journals were in publication. Around this time, the movement split into two groups: moderates who believed that people drink in moderation and conservatives who thought that the only way was complete abstention from alcohol.

The Temperance movement sparked it's own kind of theater, which became very popular. Usually these plays would follow the mistakes of a drunkard, who would ruin his life with alcohol and then find a way to fix it by finding the temperance movement.

The Civl War put a stop to the movement for a few years.
Powered by