The Scarlet Letter takes place in the Massachusetts Bay Colony, founded by Puritans

What Did Puritans Believe?

Like the Pilgrims before them, Puritans came to the New World because they didn't think the reforms of the Anglican Church were severe enough—and were too Catholic, as Puritans are an extreme sect of Protestantism. Unlike the Pilgrims, the Puritans didn't break with the Church of England but instead set to reform it.

Puritans lived in a constant state of spiritual anxiety. They followed the teaching of John Calvin, who preached that God was the almighty sovereign and Earth's people were all sinners. Predestination is a major tenet of Calvinism, the belief that all events have been predetermined by God. Therefore, Puritans believed that God already knew if they would gain salvation or not. The anxiety came from Puritans constantly and desperately seeking signs of God's anger or approval. In The Scarlet Letter, the character of Dimmesdale is the best example of this: Throughout the novel, he convinces himself that God has saved him.

For Puritans, salvation did not depend on outward deed, but instead deep, almost-constant internal scrutiny. Wrapped into this was the conversion narrative, which, as defined by Patricia Caldwell, the conversion narrative was "a testimony of personal religious experience…spoken or read aloud to the entire congregation of a gathered church before admission as evidence of the applicant's visible sainthood." Faith, not Works were what mattered to Puritans. The process of conversion was considered to be a slow one, as the divine power worked its way on the human soul.

To Puritans, it was the community that honored and kept the covenant with God. Therefore, the spiritual health of the community as a whole mattered just as much as the individual's attempts to find salvation. Therefore, a Puritan settlement had a strict  set of rules to follow. For instance, in church no music or singing was allowed. Christmas celebrations were banned, as were any and all festivities on Saturday night. Puritans dictated dress and had a rigid education system, girls often were not allowed to attend schools.

Family life was at the center of Puritan beliefs, as the family was a means to celebrate God. Husbands were the spiritual head of the household, while women were expected to be pious and obedient. Motherhood was the most important role a woman could play, as the salvation of her children was placed in her hands. Women were able to make important decisions about the labor and schooling of their children. 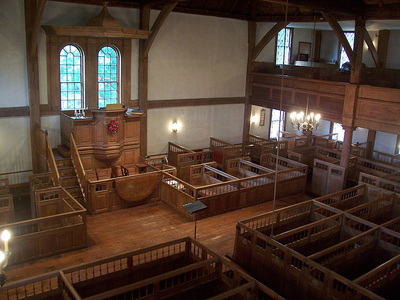 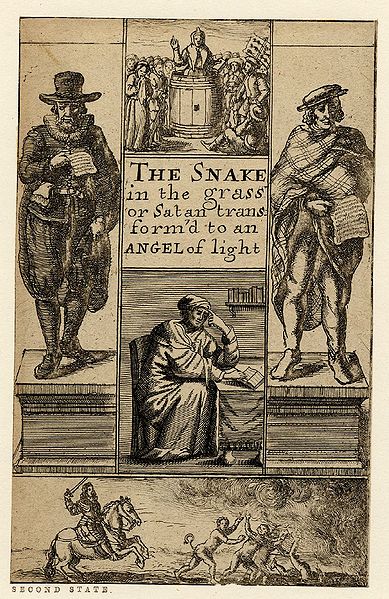 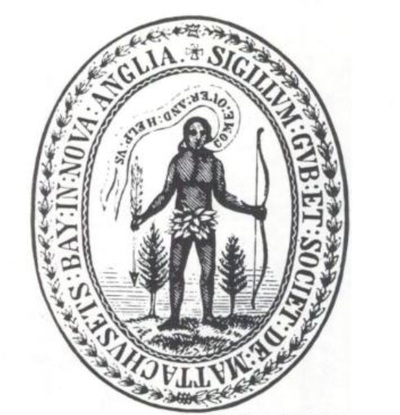 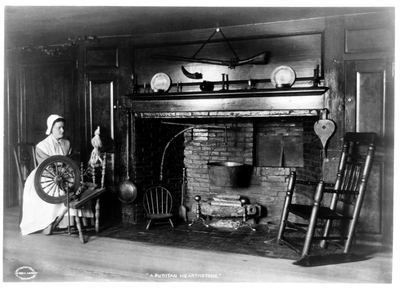 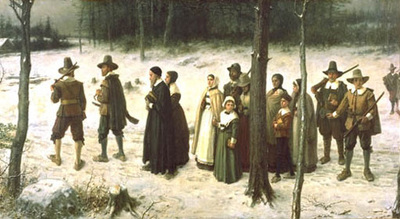